Dr. Songkui Cui and Professor Mikio Nishimura et al. in division of Cell Mechanisms, National Institute for Basic Biology, has revealed a novel factor, a small GTPase family protein RabE1c, involved in the regulation of peroxisomal protein receptor, PEX7. This result will be published at The Journal of Biological Chemistry in February 22, 2013.

Peroxisomes, single membrane bound, ubiquitous and dynamic organelles, function in many critical pathways, such as fatty acid β-oxidation of lipid metabolism and radical detoxification. All peroxisomal proteins are translated in the cytosol and imported into peroxisomes. There are two types of peroxisomal matrix enzymes, that are categorized as peroxisomal targeting signal type 1 (PTS1)- and type 2 (PTS2)- containing proteins. PEX5 and PEX7, are peroxisomal receptors that recognize PTS1 and PTS2- containing proteins, respectively. The proper targeting of peroxisomal matrix enzymes by these receptors into peroxisomes are essential, as the defect in either gene results in Zellweger syndrome that is characterized as a severe neurological disease in human, and seed germination arrests in plants. Upon the cargo release on peroxisomal membranes, PEX5 and PEX7 dislocate to the cytosol for the next round of import. However, the molecular mechanism of how these receptors are regulated during their translocation is still largely unknown in plant, especially in the case of PEX7.

To understand the molecular mechanism of PEX7 translocation across peroxisomal membrane, we have isolated PEX7-binding proteins using proteomic approach. A total of 15 proteins were specifically purified with GFP-PEX7 fusion protein that is isolated from Arabidopsis transgenic plants overexpressing GFP-PEX7. T-complex that is a cytosolic chaperonin and two small GTPase proteins, RabE1c and RabA1e, were identified. Further analysis of small GTPase proteins showed that only RabE1c was localized on peroxisomes while RabA1e was not, suggesting that RabE1c interacts with PEX7 on peroxisomes. Indeed, the interaction assay in vivo confirmed that RabE1c bound to PEX7 on peroxisomal membranes (Figure 1). GFP-PEX7 accumulates abnormally on the peroxisomal membrane and induces degradation of endogenous PEX7, concomitant with a reduction in import of PTS2-containing proteins and decreased peroxisomal β-oxidation activity. Thus, GFP-PEX7 on the peroxisomal membrane exerts a dominant-negative effect. Mutation of RabE1c restored endogenous PEX7 protein expression and import of PTS2- containing proteins, as well as peroxisomal β- oxidation activity. Treatment with proteasome inhibitors also restored endogenous PEX7 protein levels in GFP-PEX7–expressing seedlings. Based on these findings, we conclude that RabE1c binds PEX7 and facilitates PEX7 degradation in the presence of immobile GFP-PEX7 accumulated at the membrane.

The Rab GTPase family proteins are commonly known to be involved in the vesicle fusion and trafficking between different organelles and also plasma membrane. Our study on PEX7-binding proteins implies a novel role for RabE1c in the degradation of abnormal PEX7. This might be important during certain stress conditions in which peroxisomal receptors become damaged and accumulated on the peroxisomal membranes (Figure 2). For example, during seedling germination or under strong light condition, massive amount of H2O2 are produced within peroxisomes. In Arabidopsis, H2O2 produced within peroxisomes can damage the membrane-residing lipase. Considering this, it is reasonable to expect that transport machinery regulating PEX7 and PEX5 is also confronting H2O2-caused damage. The recycling of PEX7 and PEX5 is stopped in this case and accumulated on peroxisomes. In yeast, it was shown that the removal of abnormally membrane-stacked PEX5 is essential to initiate the import of newly synthesized cargo. This kind of receptor controlling system is so called quality control system and can be applied to PEX7 as well. Identification of RabE1c extends our knowledge for the existence of this quality system in plants and gives new insight into the mechanism of PEX7 regulation during dislocation from peroxisomes. Further experiments will reveal what kind of stresses particularly damage PEX7 and thus necessitate RabE1c-mediated receptor quality control system for normal peroxisomal function and plant growth.

Considering RabE1c is also conserved among organisms, its similar quality control system is expected in other organisms and provides a new insight into the study of receptor recycling pathway for peroxisomal biogenesis.

Title: Proteomic Analysis Reveals that the Rab GTPase RabE1c is Involved in the Degradation of the Peroxisomal Protein Receptor PEROXIN 7 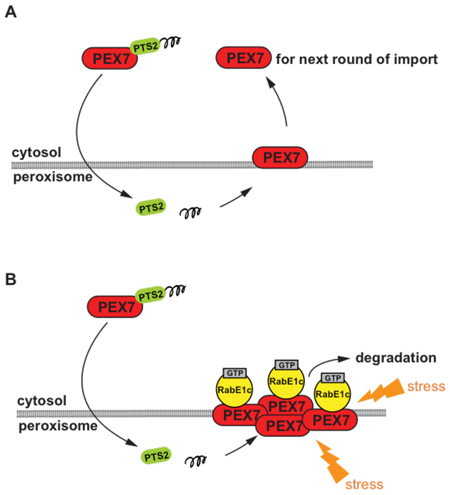 Figure 2. Model for the expected role of RabE1c during dislocation of PEX7 from the peroxisomal membrane.

(A) In wild-type plant, after the PEX7 receptor-cargo (PTS2-containing protein) complex is imported into the peroxisomes, PEX7 is recycled back to the cytosol for next round of import. (B) In certain stress conditions, PEX7 may be damaged and thus accumulated on the peroxisomal membrane, which results in the degradation of PEX7 in a RabE1c dependent manner. 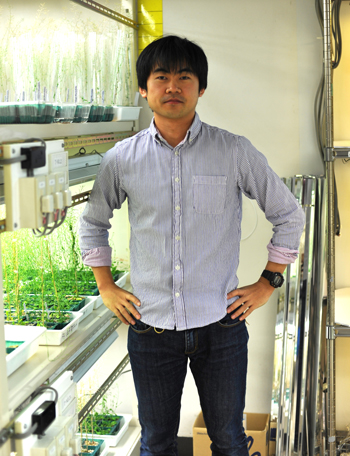