Dynamic rearrangement and autophagic degradation of the mitochondria during plant spermiogenesis

A collaborative team of researchers from the National Institute for Basic Biology, the University of Tokyo, and Gunma University in Japan reported that in the liverwort Marchantia polymorpha, the number of mitochondria in the spermatozoid (sperm) is controlled by autophagy during spermiogenesis.

Most eukaryotic cells possess mitochondria in greatly varying numbers and shapes depending on the cell type and cellular conditions. Compared with other cell types, eukaryotic sperm cells generally exhibit a characteristic mitochondrial morphology and distribution, while also exhibiting a remarkable diversity among species.

Though the word “sperm” brings to the mind images of the mammalian sperms that “swim”, certain groups of plants also use sperms for sexual reproduction. One such group is the Bryophytes that are commonly found in city parks and backyards of homes.

In an article published in Cell Reports, this research team examined in detail how the number and shape of mitochondria change during the transformation of spermatids into spermatozoids (spermiogenesis) in liverworts.

The research team investigated the mechanism underlying the mitochondrial number reduction, with a special focus on autophagy. Autophagy degrades cellular components, including the organelles, by engulfing them into double-membraned sacs (autophagosomes) that fuse with the vacuoles/lysosomes.

Professor Takashi Ueda, the leader of the research team, commented that "This study reveals how the characteristic mitochondrial pattern in bryophyte spermatozoids arises and that autophagy is deeply involved in this process. During the process of spermiogenesis in animals, the removal of excessive cytoplasm occurs, but autophagy does not seem to play a substantial role in this process. Instead, a neighboring cell “takes-up” the excessive cytoplasm and organelles by phagocytosis to remove it from the developing sperm. Thus, plants and animals have employed completely different mechanisms to remove organelles during spermiogenesis.” 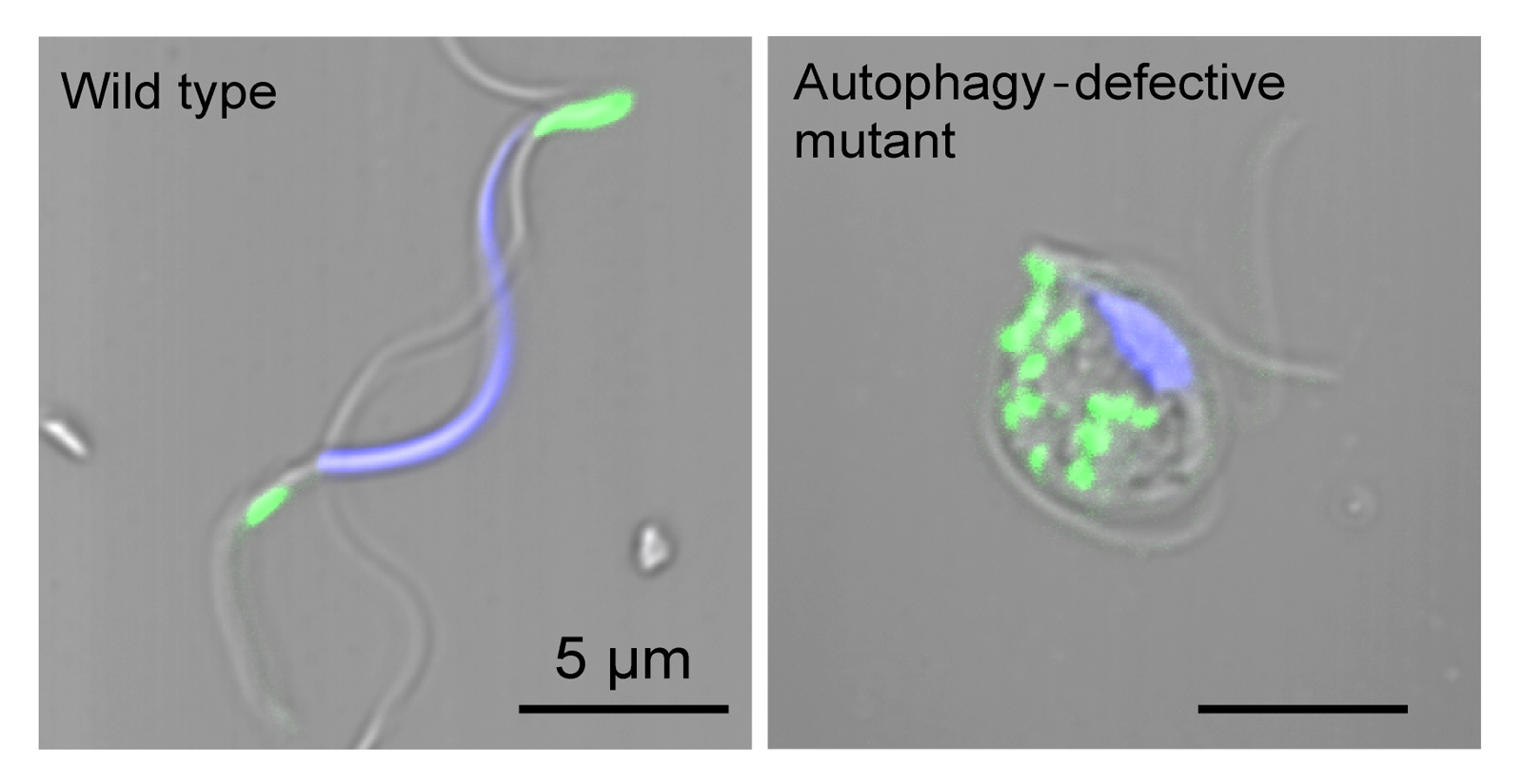