Plants, algae and some bacteria are able to perform photosynthesis, which is the process of transforming sunlight energy into sugar. Animals are generally unable to use this process to acquire energy, but there are a few known exceptions to this. Some sea slugs take up chloroplasts from the algae that they consume into their cells. These chloroplasts retain their ability to perform photosynthetic activity within the animal cells for several months, and thus provide them with photosynthesis-derived nutrition. This process is called "kleptoplasty", and it has attracted much attention due to its amazing uniqueness in making animals photosynthetic for over 50 years.

A team of researchers at the National Institute for Basic Biology (NIBB), in addition to collaborators from seven other Japanese institutions, have published the genome of the sea slug, Plakobranchus ocellatus type black, in eLife. “Since the sea slug is a non-model organism, its genome analysis was very tough in comparison to model organisms such as the mouse and the fruitfly. Furthermore, there was no high-quality genetic information for them. This situation consequently hindered the verification of the hypothesis of algae-derived horizontal gene transfer," said Shuji Shigenobu, a genome scientist and professor at NIBB who is the corresponding author of the paper, "But we succeeded in accurately revealing the genome information of the sea slug". Scientists are ready to settle the arguments concerning the horizontal transfer of algal genes to the animal nucleus based on newly unveiled genome data. "We looked at the genome very carefully, but we found no evidence of photosynthetic genes encoded on the sea slug genome, " he said.

"We are embarking upon a new challenge to answer the question: how does the sea slug retains this function without horizontal gene transfer?”, said Taro Maeda, the first and co-corresponding author of the paper. "Our genome data also provides clues to this. We have found several candidate genes related to the long-term maintenance of photosynthetic activity. These genes related to protein metabolism, oxidative stress tolerance, and innate immunity should be subsequently highlighted in future studies.”

The mechanisms underlying kleptoplasty are still elusive. Further understanding of this phenomenon may lead us to innovative biotechnologies, which, for example, could bestow photosynthetic abilities to other various animal cells in the future. 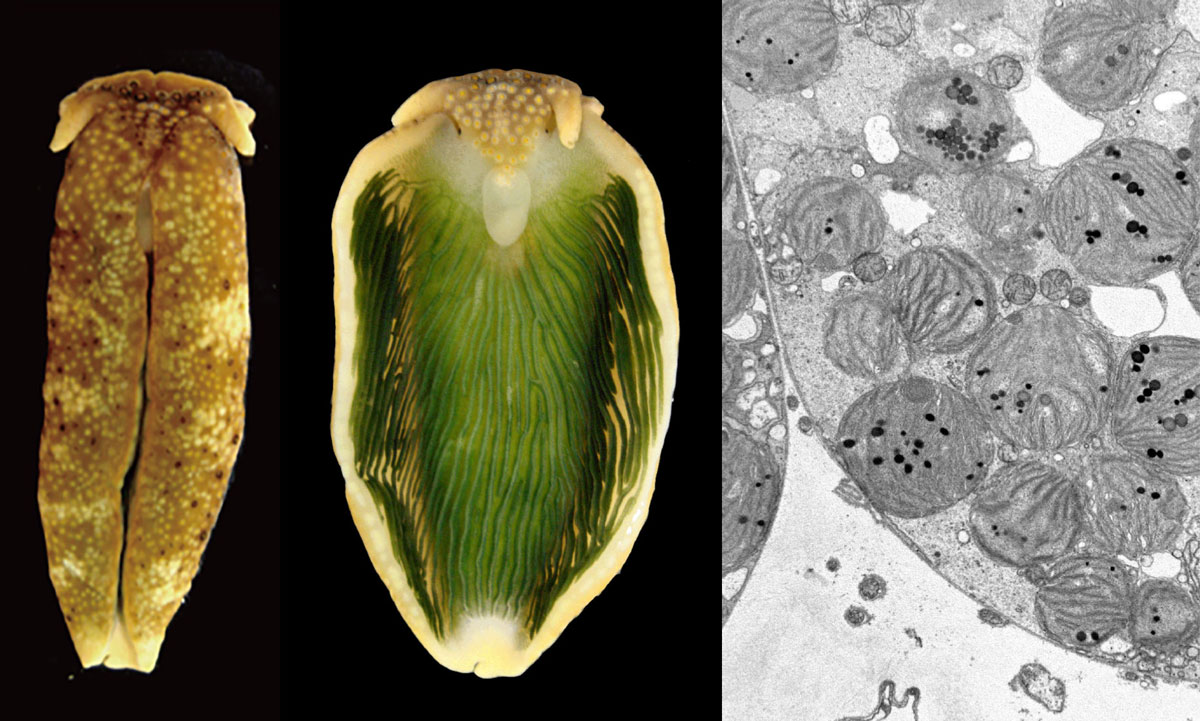