Testicles of most mammals are cooled in the scrota, and elevated testicular temperatures lead to spermatogenesis failure and male infertility. A research team led by Shosei Yoshida at the National Institute for Basic Biology in Japan detailed this process using organ culture and revealed that spermatogenesis is impaired at multiple steps in a delicate temperature-dependent fashion. In particular, although spermatogenesis is completed at 34°C (the scrotal temperature), warming to 37–38°C (temperatures in the abdomen) severely affects meiosis—the process of segregating homologous chromosomes into haploid sperms—and the damaged cells undergo cell death. Demonstrating the utility of organ culture, this study will boost the study of heat vulnerability in spermatogenesis. 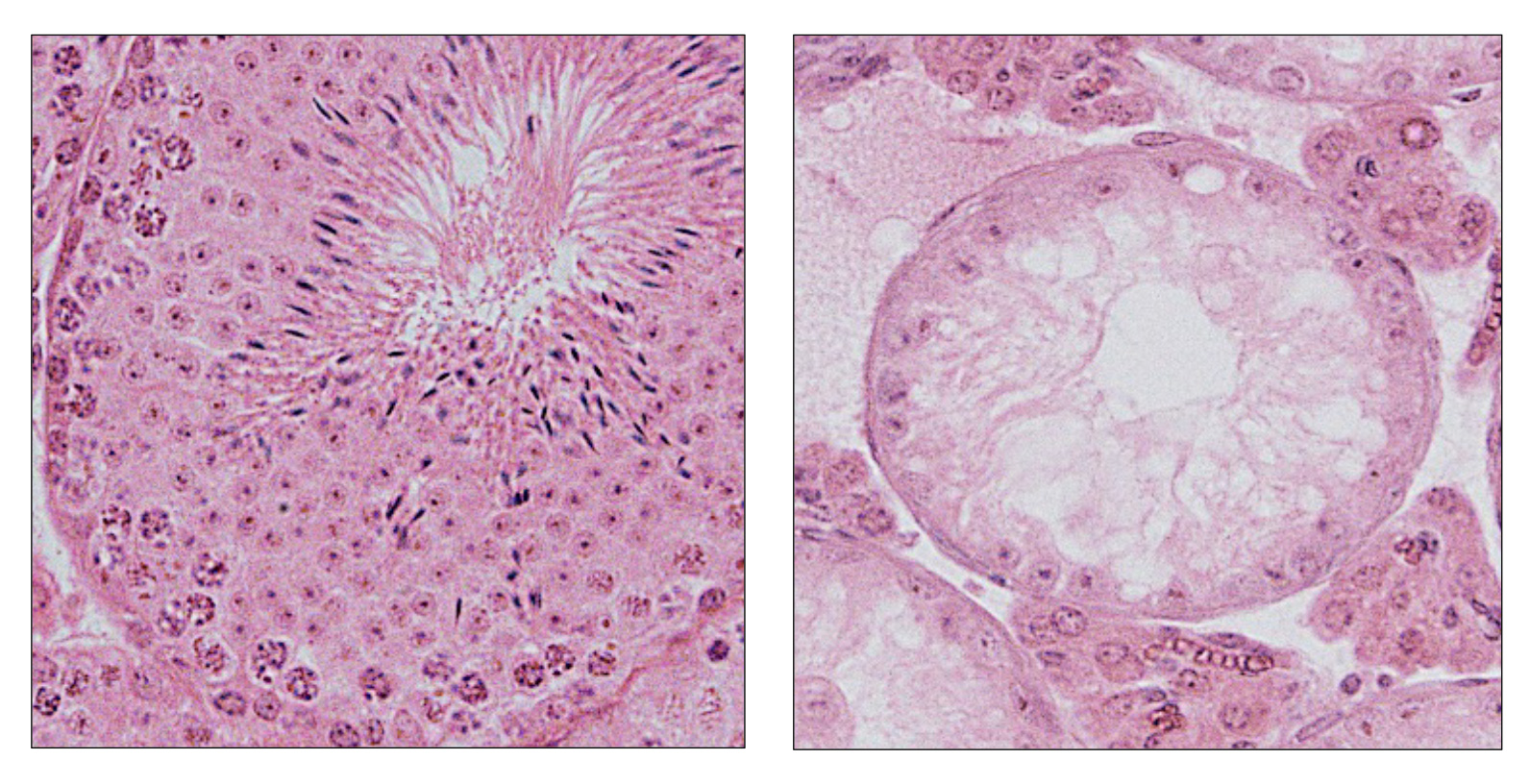 Many studies have been conducted on the heat impairment of spermatogenesis by raising the testis temperature using animal models, for example, surgical relocation of the testis to the abdomen. However, actual testicular temperature could not be controlled in these experiments. Furthermore, the effects of extra-testicular factors such as the endocrine and nervous systems cannot be excluded. To overcome these limitations, the research group took advantage of the testis organ culture setting that supports complete spermatogenesis in incubators, which was developed by Takehiko Ogawa and colleagues at Yokohama City University. By culturing mouse testes at different temperatures, spermatogenesis was found to fail at multiple steps (e.g., progression of meiosis, and generation and transformation of haploid cells), showing sharp temperature dependencies between 30°C and 40°C (Figure 1). Yoshida says, “We did not expect such a delicate ensemble of multiple temperature-dependent events to underpin this well-known phenomenon. This discovery could only have been achieved using an organ culture system.” 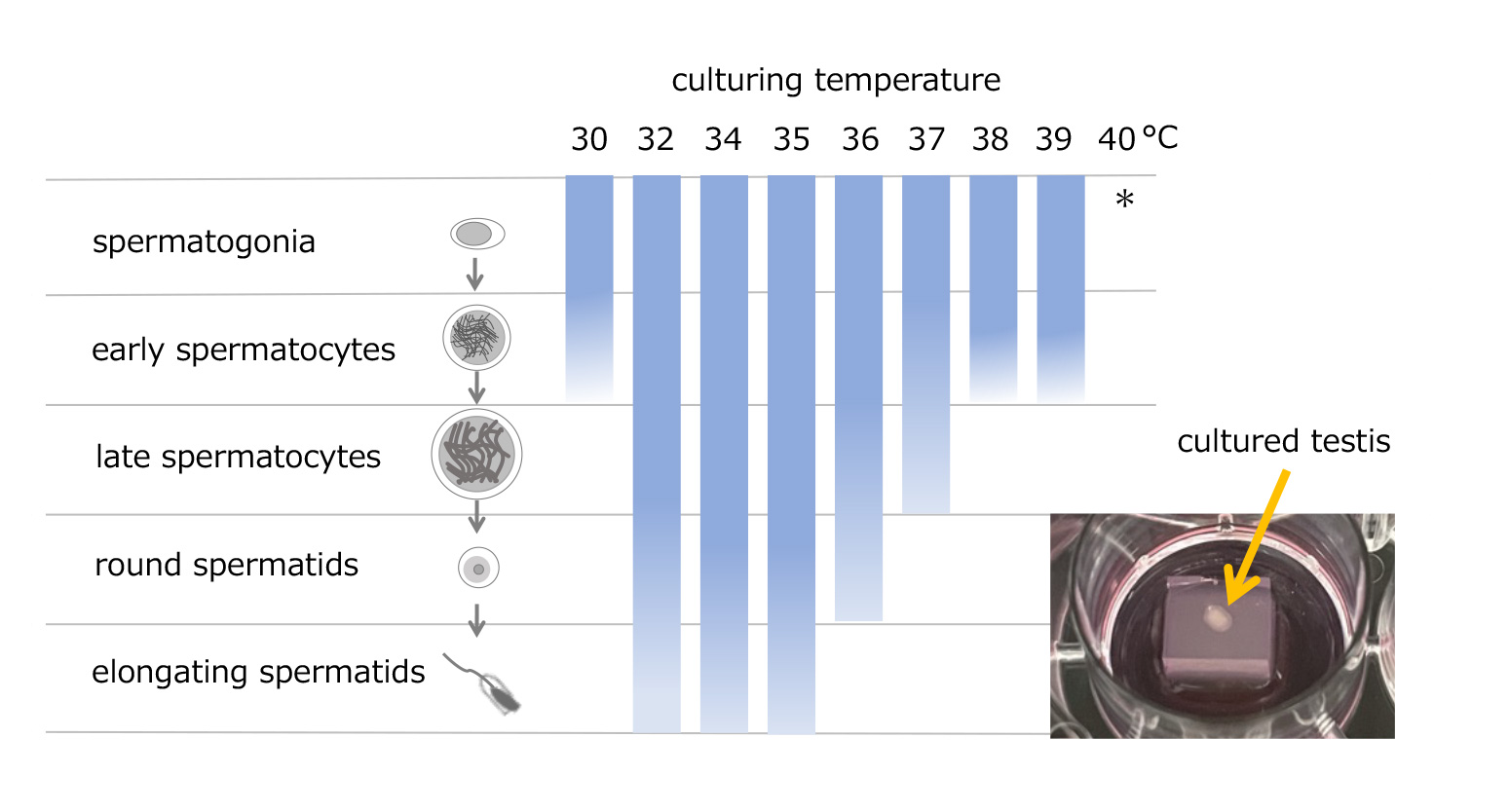 The group further revealed that meiosis, through which homologous chromosomes segregate into haploid sperms, was severely affected at 37–38°C. Specifically, the repair of DNA double-strand breaks and homologous chromosome pairing, which are requisites for proper chromosome segregation, were impaired (Figure 2). Damaged cells undergo cell death through a surveillance mechanism or a checkpoint. Kodai Hirano, the primary contributor to this study, says, “It was surprising that essential processes, such as meiosis, can be easily damaged at normal body core temperatures. Through the combined functions of the scrotum and checkpoint, only sperm developed at low temperatures fertilizes eggs to generate the next generation. Key questions for future studies include the molecular mechanism of heat sensitivity and the biological significance of low temperatures in sperm production.” 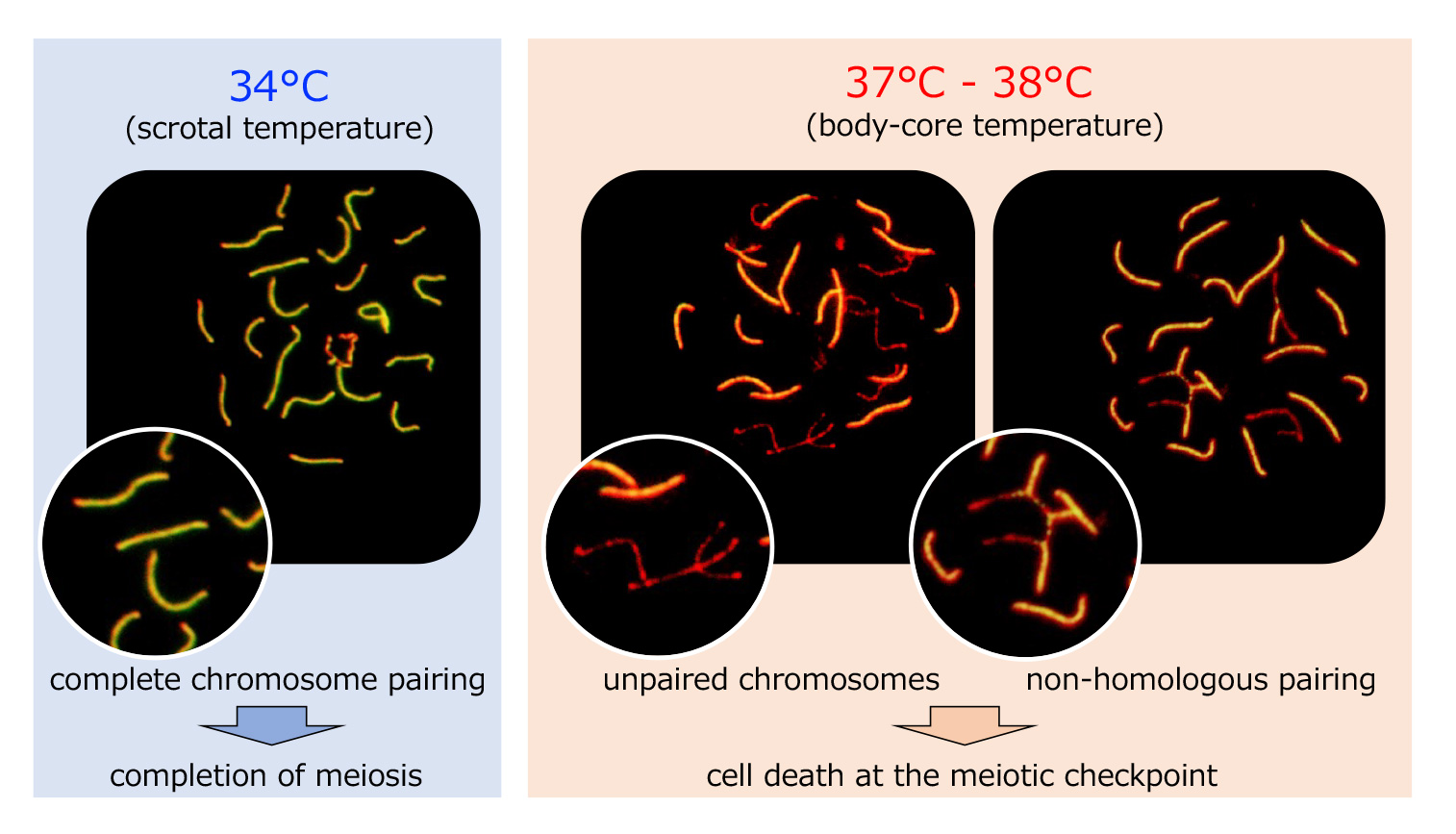 This study has been published in Communications Biology.