The research group of Associate Professor Nobuyuki Shiina of the National Institute for Basic Biology (Laboratory of Neuronal Cell Biology) and the Okazaki Institute for Integrative Bioscience, and Professor Makio Tokunaga of the Tokyo Institute of Technology (Graduate School of Bioscience and Biotechnology) have shown, using mouse neurons, that local protein synthesis in dendrites is needed for the development of normal neuronal network architecture. The information stored in the DNA inside the nucleus of cells is taken up by messenger RNA (mRNA) and the mRNA acts as a template for protein synthesis. Normally protein synthesis occurs in the vicinity of the cellfs nucleus. A special feature of neurons, however, are the multitudes of long thin protuberances called dendrites that extend out of them; and inside these dendrites mRNA transports some genetic information far from the nucleus to perform localized protein synthesis. Knowledge of the role of this local protein synthesis had previously been limited. The research group focused on the RNG105 gene and has shown for the first time that it is essential for mRNA transport and the local protein synthesis that accompanies it in dendrites, and therefore essential for the proper formation of neural networks. The results of this research were published in the Journal of Neuroscience on September 22nd 2010. 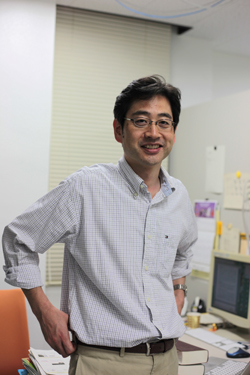