Light is essential for the growth of reef-building corals. This is because corals grow by using the photosynthetic products of the algae living inside their cells as a source of nutrients. Therefore, the light environment of coral habitats are important for their survival.

A new study published in Scientific Reports shows that coral larvae swimming in seawater behave in such a manner so as to temporarily stop swimming due to reduced light, especially blue light. Researchers think that this behavior may play a role in determining where corals settle.
___ 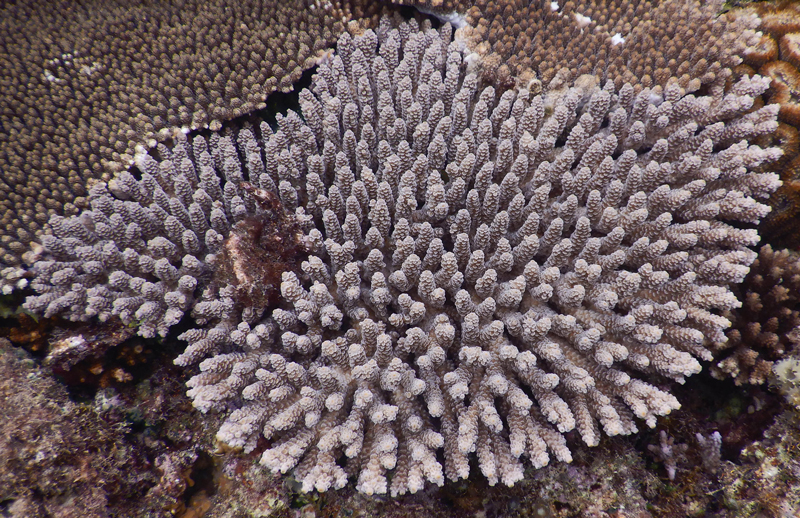 Corals can only move freely during the larval stage of their lives. Larvae that hatch from eggs are able to swim by moving the cilia on the surface of their bodies. After that, when the larva settles on the seabed and transforms into a sedentary form (called a “polyp”), it becomes immobile.
___ 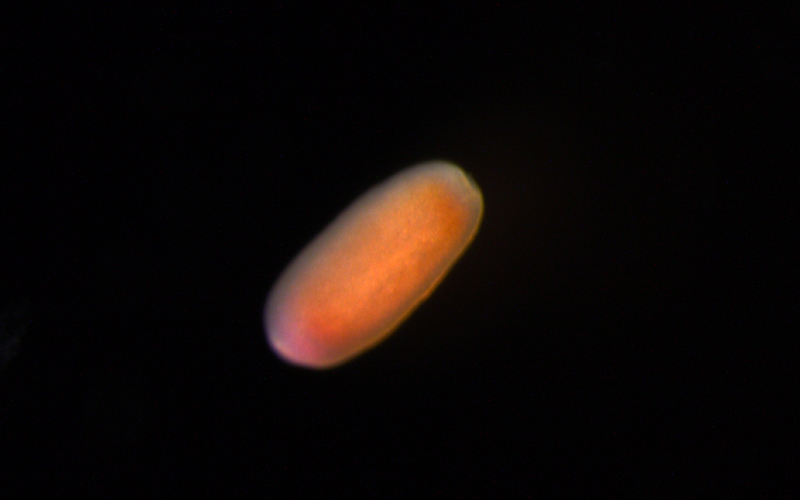 A larvae of Acropora tenuis
___

How the corals, whose growth requires light, select a suitable light environment for survival is a mystery. To solve it, a research team led by Dr. Yusuke Sakai, Professor Naoto Ueno of the National Institute for Basic Biology in Japan thoroughly observed the response of coral larvae to light. They found that coral larvae temporarily stop swimming in response to a decrease in light intensity and then subsequently resumed swimming at their initial speed.
___

Corals mostly lay eggs once a year. “In collaboration with Andrew Negri, principal investigator at the Australian Institute of Marine Science, and Professor Andrew Baird and his colleagues at James Cook University, we have not only tested corals in Japan, but also in Australia's Great Barrier Reef, where coral spawning occurs at a different time than here. This was performed in order to repeat the experiment and thus validate our findings ” said Dr. Sakai.

The research team then conducted a detailed analysis of the wavelengths of light that coral larvae react to. The Okazaki Large Spectrograph, the world's largest spectroscopic irradiator at the National Institute for Basic Biology, was used for this experiment. Experiments with coral larvae exposed to various light wavelengths revealed that coral larvae respond strongly to purple to blue light.

How does pausing behavior in response to light decay affect the destination of coral larvae? To answer this question, researchers conducted mathematical simulations; the results of which show that the pause caused by the attenuation of light and the subsequent resumption of swimming have the effect of resetting the swimming direction of the larva once when it moves into a dark region and turning it in a random direction. As a result, it was suggested that it would lead to the gathering of larvae in a bright space.

“In the future, it will be important to elucidate not only this phenomenon but also the mysterious ecology of coral at the molecular and cellular levels, such as the mechanism for controlling the spawning time” Professor Naoto Ueno commented.