Memory of the Venus flytrap

The carnivorous plant Venus flytrap (Dionaea muscipula) captures and digests small animals, and absorbs nutrients with its characteristic insectivorous leaves (Figure 1). Six sensory hairs on the inner surface of each leaf sense a visiting prey and cause the trap to close (Figure 2). A single contact event with a sensory hair is not sufficient, but a second contact within 30 seconds will induce the trap to close quickly and ensnare the unlucky prey. Thus, Venus flytraps store the memory of the first stimulus for about 30 seconds. But how does a plant memorize anything when it has no brain or nervous system? 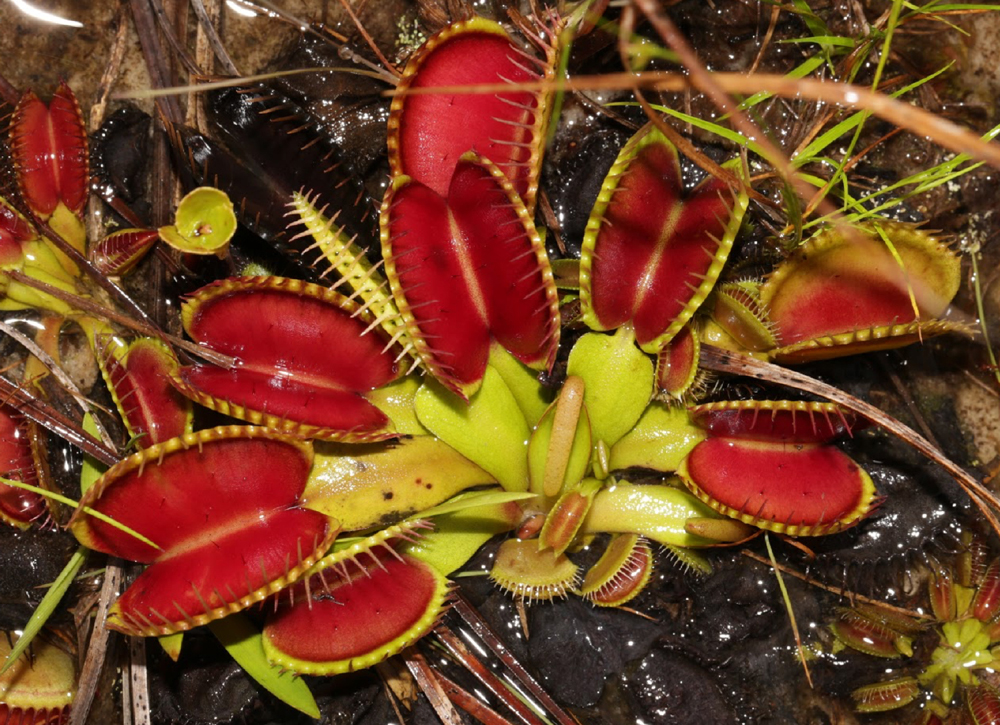 Figure 1. The Venus flytrap, Dionaea muscipula, in its natural habitat. 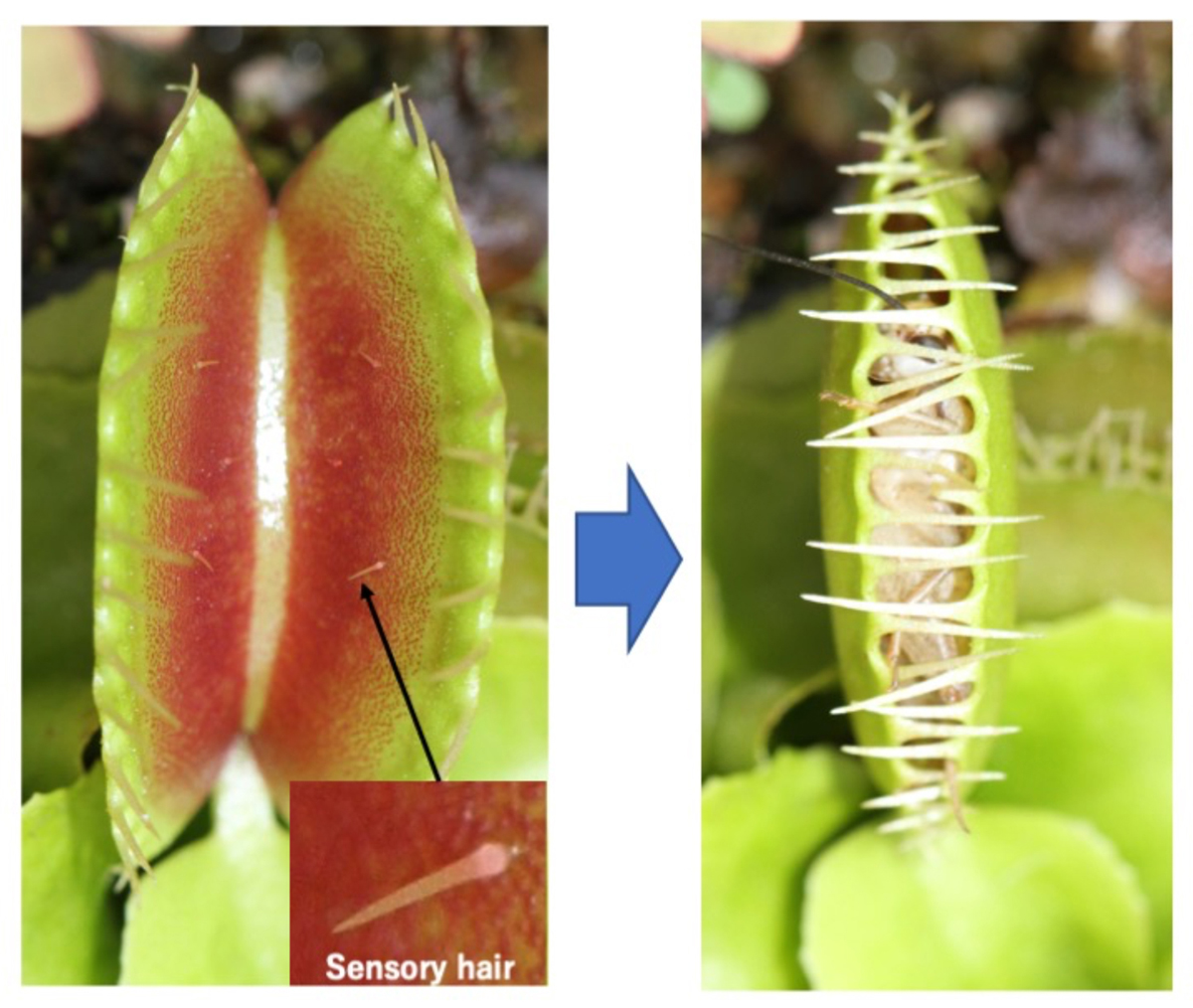 In 1988, Dr. Dieter Hodick and Dr. Andreas Sievers from the Botanical Institute at the University of Bonn, Germany speculated that changes in calcium ions might be involved in the memory of the Venus flytrap (Hodick and Sievers 1988 Planta 174: 8-18). However, lacking the technological means to measure calcium concentrations without damaging the cells, they were unable to explore this possibility.

Now, in a study to be published in Nature Plants, a graduate student Mr. Hiraku Suda and Professor Mitsuyasu Hasebe of the National Institute for Basic Biology (NIBB) in Okazaki, Japan, together with their colleagues, have succeeded in visualizing intracellular calcium concentrations in the Venus flytrap and have demonstrated that its short-term memory can indeed be explained by changes in calcium concentration.

The research team first established a genetic transformation method for the Venus flytrap. They then introduced the gene encoding the intracellular calcium sensor protein GCaMP6, which emits green fluorescence when bound to calcium, into the insectivorous plant, allowing them to visualize changes in intracellular calcium concentrations for the first time.

Mr. Hiraku Suda, the first author of the article says, “I tried so many experiments over two and a half years but all failed. The Venus flytrap was such an attractive system that I did not give up. I finally noticed that foreign DNA integrated with high efficiency into the Venus flytrap grown in the dark. It was a small but indispensable clue”.

Using these transgenic Venus flytrap plants, the research team stimulated a single sensory hair with a needle and measured the changes in calcium levels within the leaf in detail (Figure 3). 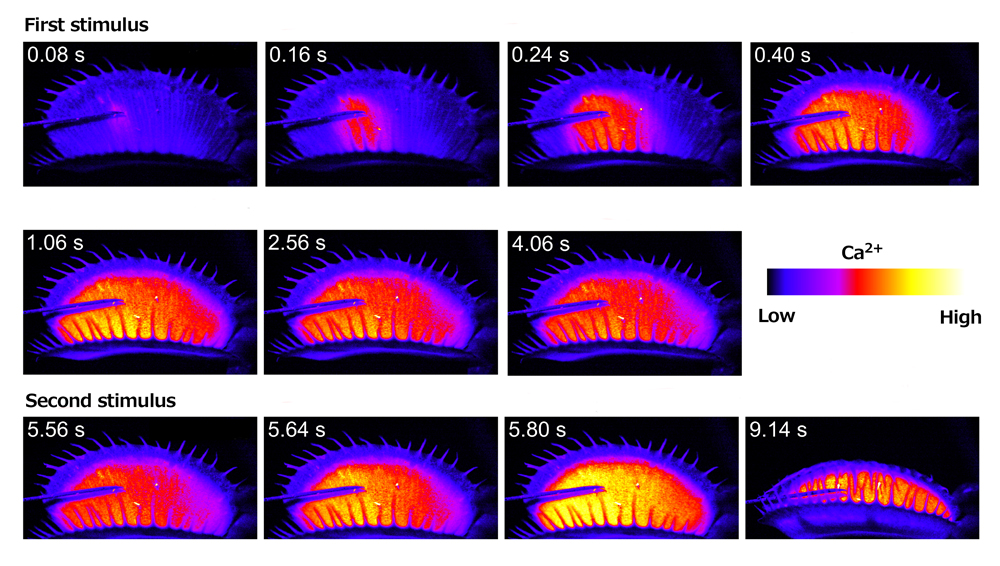 Figure 3. Visualization of the changes in intracellular calcium concentration of the Venus flytrap, using the fluorescent GCaMP6 calcium sensor, following stimulation with a needle.


“This is the first step towards revealing the evolution of plant movement and carnivory, as well as the underlying mechanisms. Many plants and animals have interesting but unexplored biological peculiarities. The Center for the Development of New Model Organisms at NIBB is gathering the technical know-how to study such marvelous organisms” said Professor and Vice-Director General Mitsuyasu Hasebe from NIBB, who led the research team.