Soybean (Glycine max L.) seeds are utilized all over the world as a major source of plant-derived oils with improvements having been made in the quantity and quality of their seed oil. A research team led by Drs. Masatake Kanai and Shoji Mano at the National Institute for Basic Biology in Japan found that four Glycine max SUGAR DEPENDENT-1s (GmSDP1), which are types of lipases, are involved in the control of the quality and quantity of seed oils by degrading particular fatty acids in the process of seed development. The results produced by the team revealed the role of the mechanism of oil dynamics in seeds at the molecular level, and provides a novel strategy for generating plants with superior oil quantity and quality.

During seed development, fatty acids, which themselves are a component of storage oils, are accumulated as a form of triacylglycerol (TGA) in oil bodies; the organelles designated for storage oils. Plants use these storage oils as their energy source for post-germinative seedling growth, whereas humans have utilized them as dietary oils, soaps and industrial materials. The research team has been studying the mechanism(s) concerning the dynamics of storage oils, such as accumulation and degradation, at the molecular level.

Dr. Kanai stated, ‘Interestingly, in addition to TGA accumulation, there is a period of TGA degradation in the late stage of seed development. We wanted to know why this TGA degradation occurs even during the period of oil accumulation. Therefore, we searched for lipases, which were expressed during this period.’

Lipase is responsible for the TGA degradation necessary in producing fatty acids. However, lipase genes exist as multiple copies within the soybean genome. The team identified four SUGAR DEPENDENT-1 (GmSDP1) genes based on the similarity of amino acid sequences form Arabidopsis SDP1, which is located on oil body membranes, and in gene expression patterns. To better understand the function of GmSDP1s, the team generated transgenic soybeans by using an RNAi-method, in which the expression of GmSDP1 genes was decreased in a seed-specific manner. In transgenic soybeans, seed size and weight increased due to the disturbance of oil degradation. In addition, the profile of fatty acids was changed. The amount of linoleic acid, the most abundant fatty acid in soybean seeds was decreased, whereas oleic acid, one of the useful fatty acids used for industrial applications, was increased . It was revealed that the substrate specific to GmSDP1s prefers oleic acid to linoleic acid. 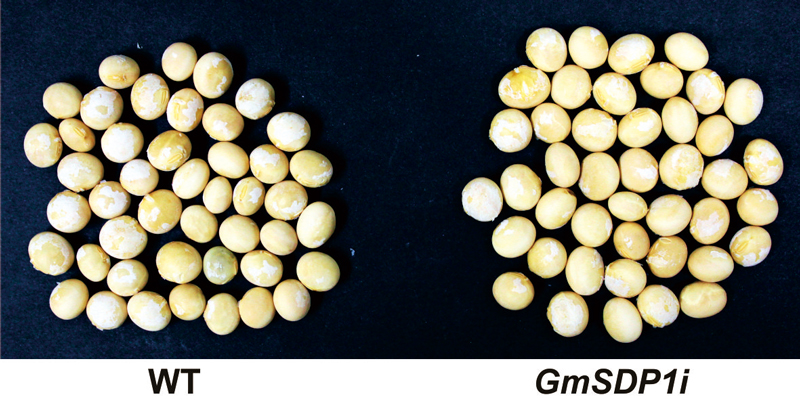 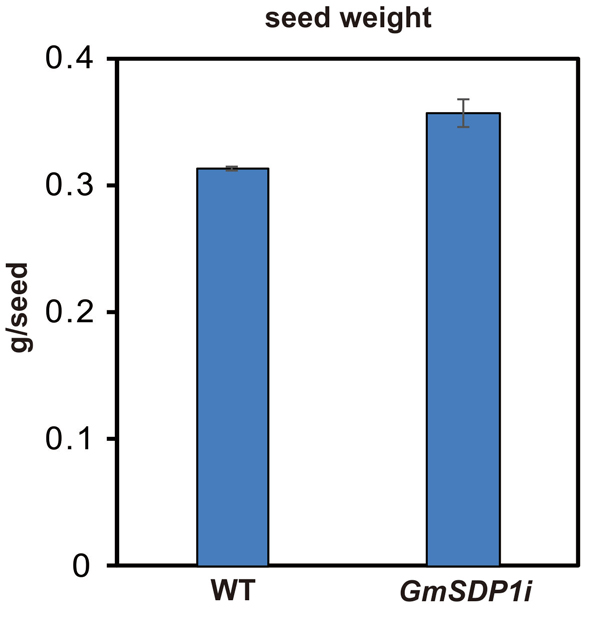 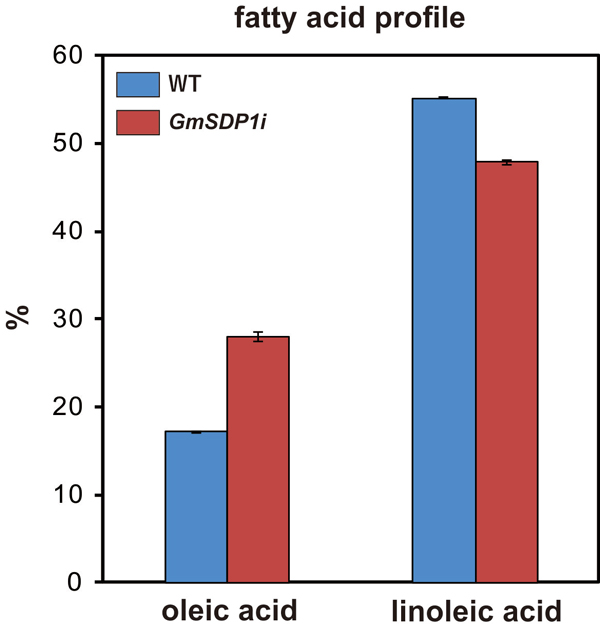 Dr. Kanai stated, ‘In wild-type soybeans, GmSDP1s degrade oleic acid, so that the content of linoleic acid in seeds increases, whereas the content of oleic acid rises in GmSDP1-knockdown plants compared to the wild-type plants due to reductions in the degradation of oleic acid. Our findings show that plant seeds have the mechanism required for the quality control of fatty acids by degrading particular fatty acids in TGA’.

Associate Professor Mano stated, ‘Our results led to the unveiling of the part of the mechanism of oil dynamics at the molecular level from a basic biological viewpoint. This study has the additional potential to mass produce more useful crops including soybeans. Until now, the genetic improvement in controlling oil quality and quantity has extensively focused on the modification of oil biosynthetic pathways, but not degradation pathways. Our results provide an insight into a novel strategy to design valuable genetically-modified crops with superior oil quantity and quality.’

The above studies were published in Scientific Reports on June 20th, 2019.
This research was carried out with the support of the staff from the Functional Genomics Facility and Spectrography and Bioimaging Facility, NIBB Core Research Facilities, and Model Plant Research Facility, NIBB Bioresource Center, and was financially supported by CREST, JST and JSPS Grant-in-Aid for Scientific Research on Innovative Areas.