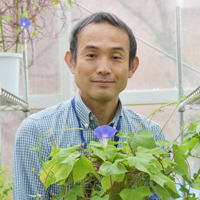 While genomic structures (as well as their genetic information) appear to stably transmit into daughter cells during cell division, and also into the next generation, they can actually vary genetically and/or epigenetically. Such variability has a large impact on gene expression and evolution. To under- stand these genome dynamics in eukaryotes, especially in plants, we are analyzing the flower pigmentation of morning glories including Ipomoea nil (Japanese morning glory), I. purpurea (the common morning glory), and I. tricolor.

The recessive mutations, duskish of I. nil and pearly-v of I. tricolor, confer variegated flowers. They are caused by a stable insertion of a transposable element into a gene for flower pigmentation. Furthermore, epigenetic mechanisms are thought to regulate thispigmentation (Figure 1). We are currently analyzing the detailed molecular mechanisms of these mutations. 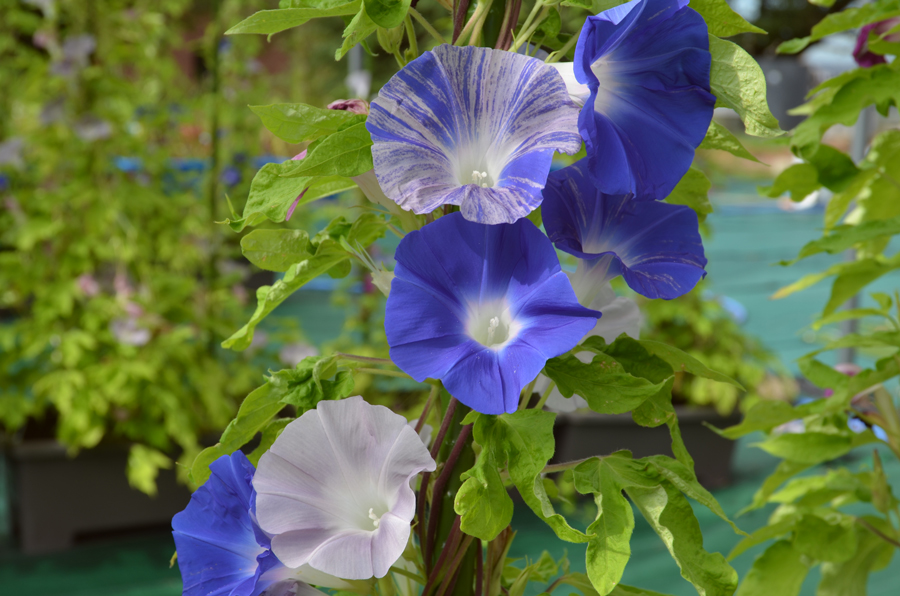 Anthocyanins are the most common flower pigments in Angiosperms including I. nil. They are synthesized in the cytosols and accumulate in the central vacuole in plant cells. Anthocyanin transport across the vacuolar membrane has long been debated. The transcriptional regulatory network of anthocyanin pigmentation supports involvement of an ATP binding caste (ABC) protein in the anthocyanin transport in I. nil. In line with this, we are conducting an international collaboration with researchers in the Netherlands and Switzerland to reveal the function of the ABC protein.

NIBB is the sub-center for the National BioResource Project (NBRP) for morning glories. In this project, we are collecting, maintaining and distributing standard and mutant lines for flower pigmentation, and DNA clones from EST and BAC libraries of I. nil and its related species. I. nil is one of the most popular floricultural plants in Japan, and has a 100 year history of extensive genetic studies related to it. Our collection include 240 lines and 160,000 DNA clones. The end sequences of the DNA clones can be viewed via the I. nil genome database (http://viewer.shigen.info/asagao/index.php). 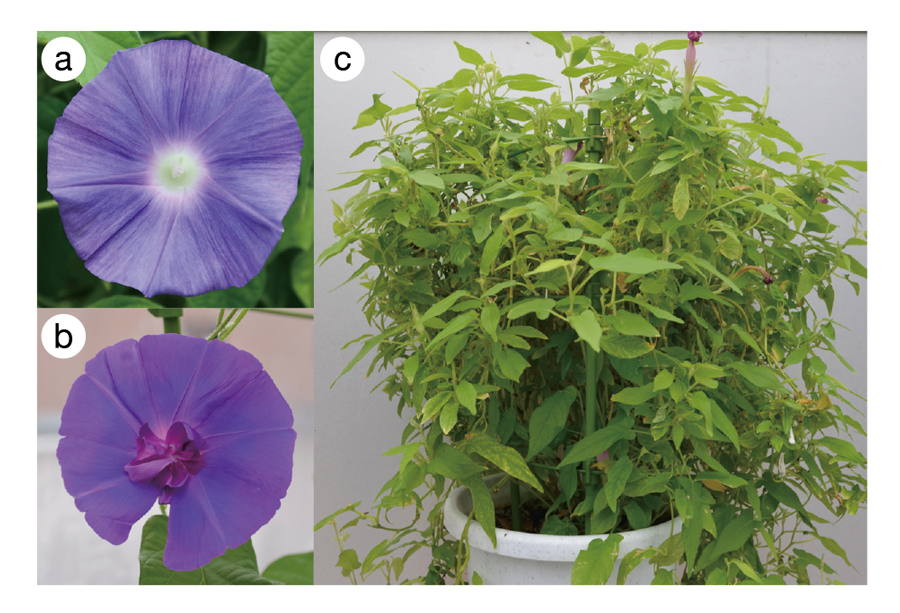 Figure 2. New mutants of I. nil have been isolated from the large screening program that is a part of the activities conducted at NBRP. They appeared spontaneously from transposon active lines. (a) A variegated flower mutant resembling the duskish mutant (Figure 1). (b) A double flower mutant. (c) A mutant with increased number of shoot branches that is a hallmark of phytohormone (strigolactone) deficiency. 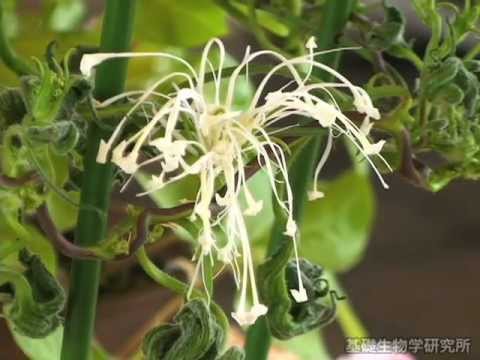 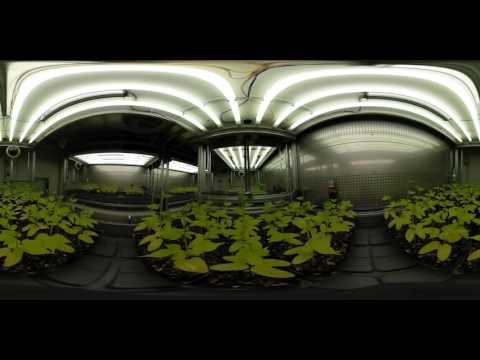 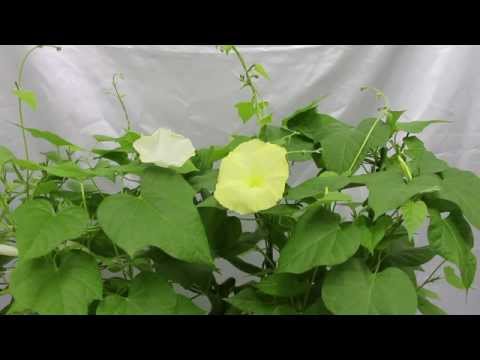 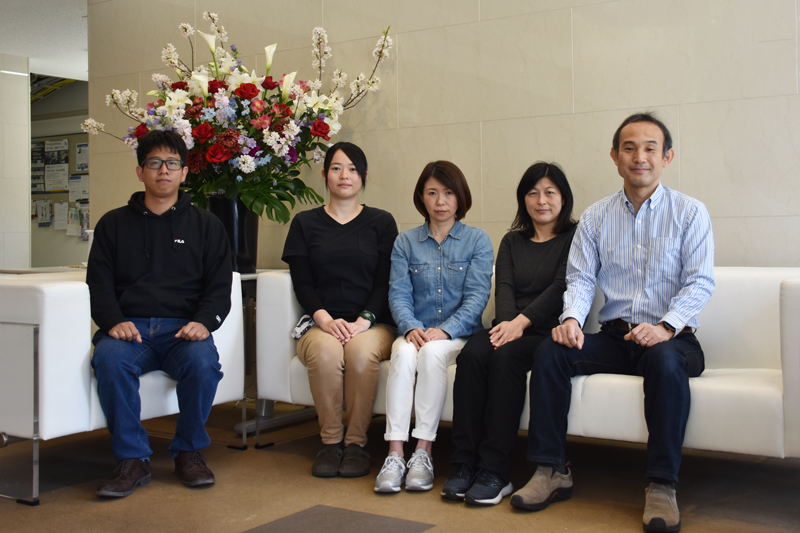