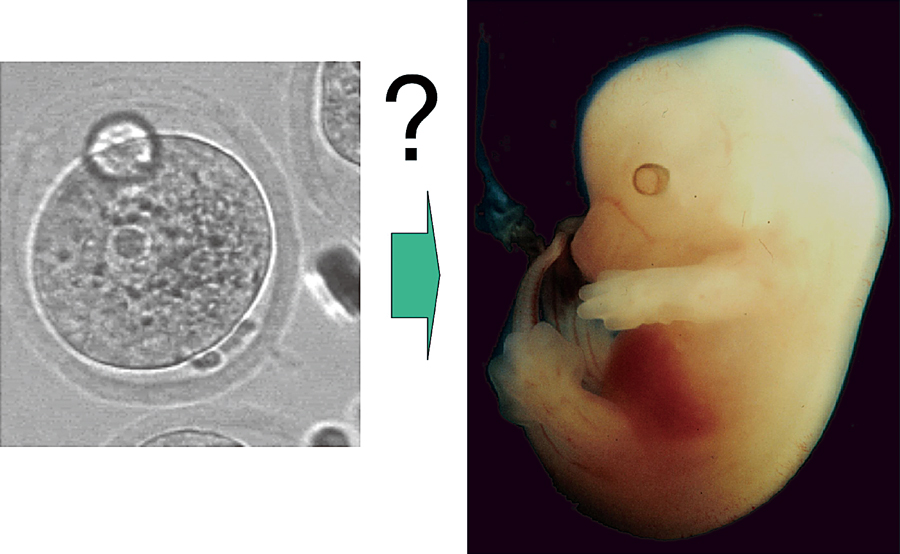 A mouse fertilized egg and an embryo at 12days after fertilization. Embryonic body with axes of anterior-posterior, dorsal-ventral and left-right is formed from an egg with symmetrical shape. How is the information relating future body formed during early stages of development?

The aim of our research is to understand the events underlying early mammalian development. One of the characteristics of mammalian embryonic development is that embryogenesis proceeds in the oviducts and the uterus of the mother, and the interaction between the embryo and maternal tissue is essential in this process. Another characteristic is the highly regulative potential of embryos. Cells within embryos interact with their environment and establish their own fates and behaviors. We want to provide basic and fundamental information about the specification of the differentiation of cell lineages, embryonic axes, cell behaviors, body shape regulation and tissue morphology in early mammalian development. We are also interested in the relationship between embryos and their environment, the oviducts and the uterus.

To understand the mechanisms underlying embryonic development and morphogenesis, it has become common to observe the behavior of cells and gene expression in living embryos in a variety of animal species. Progress in genetic engineering and embryonic manipulation concomitantly with the progress in optics and microscope technologies, including development of highly sensitive photo-detectors, has allowed us to observe developing embryos, even mammalian ones, in real time. We have established a series of transgenic mouse lines for live imaging, which is part of a collaborative project taking place in the Laboratory for Animal Resources and Genetic Engineering, Riken CLST. These mouse lines have been used to visualize nuclei, cell shapes, the cytoskeleton and other organelles to observe cell behaviors in living mouse embryos across many laboratories over the world. We have also established mouse lines to monitor the cell cycle. We have been studying the behavior of cells within embryos by applying newly developed image analyses following the observation of cell behaviors within embryos using these mouse lines. We found that the proximal visceral endoderm overlying the extra-embryonic ectoderm shows coherent cell growth in a proximal-anterior to distal-posterior direction. We also observed that directional cell migration is coupled with cell elongation in the anterior region, suggesting that the behaviors of visceral endoderm cells vary between regions during peri-implantation stages.

We have also been establishing several reporter mouse lines in the lab to study gene expression patterns during the peri-implantation stage of mouse development. In these mice, cDNA encoding fluorescent proteins are connected to the mouse genomic DNA sequences of the enhancer/promoter region of important genes encoding factors regulating cell differentiation in these stages.

II. Histological observation of mouse embryos developing in the uterus

Mammalian embryos develop in the uterus after implantation. Direct interaction between embryos and the cells of the uterus is important. In studies on the developmental biology of mammalian embryos, embryos are usually removed from the uterus, and those that are isolated are analyzed. We have been analyzing the early embryonic development of the mouse by comparing the changes in the uterine epithelium. To observe the morphogenesis of embryos within the uterus, serial sections of implanted uteruses were made, and images of the embryos within it were captured to make high resolution three-dimensional re-constructions. We are preparing samples obtained from various developmental stages. Precise positions of embryonic implantation and changes in the uterine epithelium correlating with embryonic development have been examined using these images. We are identifying the molecules involved in the interaction between the embryo proper and uterine cells, which may play a major role in embryonic development. 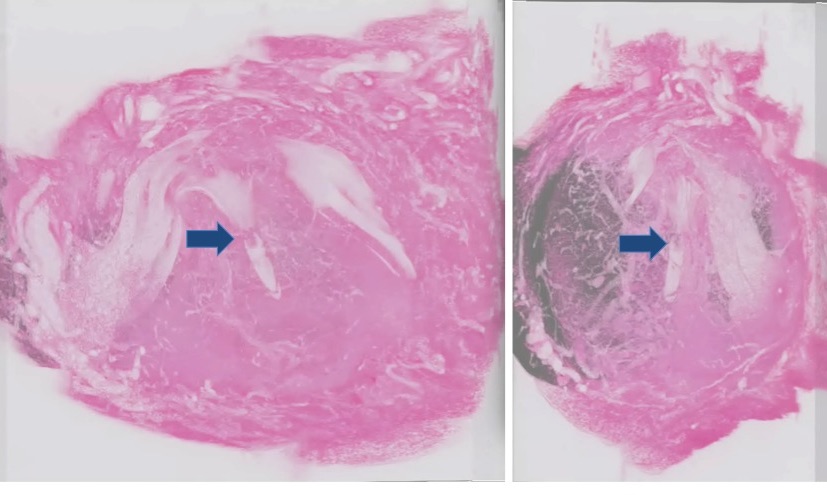 Figure 1. Three-dimensional image reconstruction of the pregnant uterus. A uterus obtained 5 days after fertilization was sectioned and images were digitized by an image scanner, and reconstructed three-dimensionally to observe the relationship between the embryo and the maternal tissue. The right panel represents the pseudo 3D image observed from the lateral side of the left image. Arrows indicate the embryo in the decidual tissue.

The oviduct (Fallopian tube) is the organ connecting the periovarian space and the uterine horn. The ova released from the ovary are transported through the oviduct, where the ova are fertilized by spermatozoon entering from the uterus. The epithelium of the mouse oviduct consists of multi-ciliated cells and secretory cells. Ovulated oocytes are transported in oviducts by unidirectional motility of multi-cilia. This cellular orientation in the oviduct is one example of planar cell polarity (PCP). PCP is seen in a variety of tissues, where cells sense global axes of the tissue to which they belong and orient themselves to fulfill specialized functions.

Many evolutionally conserved genes are required for the formation of PCP, and several of those encode proteins that are localized in a polarized manner within cells. We found that Celsr1, a PCP core member, was strongly concentrated only at the specific domains of cell boundaries which are perpendicular to the ovary-uterus axis, and that this polarized localization appeared to precede the directional movement of cilia.In Celsr1-deficient mutant oviducts, the beating direction of cilia was not coordinated along the ovary-uterus axis throughout the epithelia; some cells were oriented orthogonally to the axis, while some others exhibited reverse polarity. Recently, we found that Camsap3, a microtubule minus-end binding protein, localized to the uterine side of the base of cilia and its mutation disrupted cilia orientation in individual cells without affecting Celsr1 localization. Thus, both Celsr1 and Camsap3 are responsible for the alignment of cilia along the ovary-uterus axis, but in distinct ways; Celsr1 orients cells, while Camsap3 orients cilia within each cell.

Furthermore, we also found that the three-dimensional architecture of oviductal epithelia was dramatically disrupted. In adult wild-type mice, the epithelial cell sheet is bent multiple times, which forms around twenty longitudinal folds parallel to the organ axis. However, in the mutant oviducts, epithelial folds no longer run parallel to the organ axis. The direction of the folds was randomized, and ectopic branches of the folds were observed. This suggests that Celsr1 is important for the formation of multi-scale polarities in the mouse oviduct ranging from the cellular to the tissue scale.

Epithelial folds are observed in various organs including the oviducts, guts, and airways etc. Longitudinally aligned folds are also observed in the oviducts of birds and frogs. To investigate the mechanisms of the epithelial fold pattern formation, we utilized mathematical modeling and simulations. By considering mechanical properties of the epithelial sheets, we reproduced the longitudinally aligned and branched folds which are observed in wild-type and Celsr1 mutant mice, respectively (Figure 2). In addition, our model also successfully reproduced circumferentially aligned folds and zigzag folds observed in other organs. We are also focusing on some other PCP regulators, and are trying to understand how oviduct epithelial cells establish and maintain their polarity. 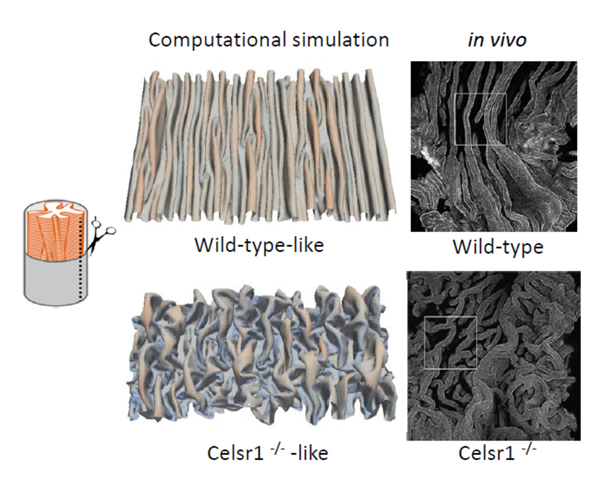 Figure 2. Epithelial fold patterns in oviduct and the reproduction of the patterns by computational simulations.

IV. Analysis of the mechanical properties of cells and tissues during embryonic development

Mechanics is one of the essential components of biological processes, including cell shape transformation and tissue morphogenesis etc. To understand how mechanical forces contribute to various patterns of morphogenesis, measuring cellular and tissue mechanical states is necessary. We developed statistical techniques to infer mechanical states using fluorescent microscopic images during morphogenesis (Figure 3). By employing this method, we inferred mechanical forces in multi-cellular systems including cultured epithelial cells, and early embryogenesis in C. elegans and mice. Further computational simulations based on the inferred mechanical information reproduced morphological features of the multi-cellular systems. Thus, the mechanical information will be useful to investigate physical mechanisms of early embryonic development and morphogenesis during organogenesis in late stages of development.

Several examples have shown that mechanical stimuli can work as key components for tissue or organ development. However, our knowledge about the involvement of mechanotransduction in biological phenomena or their precise mechanisms is still limited. It is partially because key mechanosensors are not yet identified in many cell types. PIEZOs are recently identified mechanically activated cation channels functioning in mammalian cells. They are activated when mechanical forces are applied to the cell membrane. Series of data show that PIEZO2 serves as the main mechanosensor in sensory neurons for light touch sensation, proprioception and breathing. We recently found that PIEZO1 in endothelial cells is required for lymphatic valve formation (Figure 4). To further elucidate how PIEZO1-mediated mechanotransduction is involved in lymphatic valve formation, we have been developing systems to manipulate mechanical stimuli and monitor PIEZO activity in vitro and in vivo. Analyses utilizing these systems and mouse lines deficient in PIEZOs will clarify the relationship among mechanical forces, PIEZO activation, cellular responses, and tissue morphogenesis.

During development, cells actively and/or passively move, resulting in various cell distribution patterns. We investigated the effect of passive cell movements provoked by frictional forces from adjacent growing tissues. The passive movements generated various patterns, such as an elongated cell cluster and multiple cell clusters, etc. Difference in cellular stiffness was critical for these pattern formations. The former situation is actually observed during elongation of the notochord in mice. Together with active cell movements and the differential adhesion hypothesis which has been recognized as a classical concept within biology, passive cell movements can be effective for diverse pattern formation. 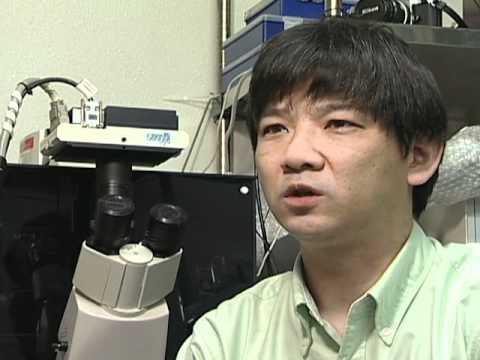 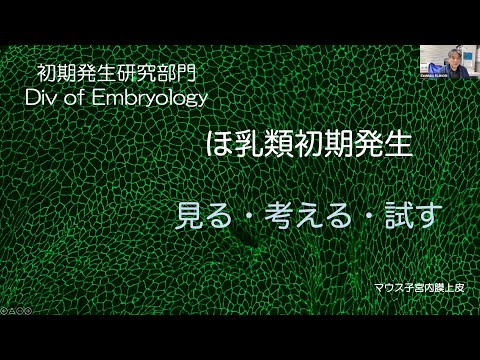 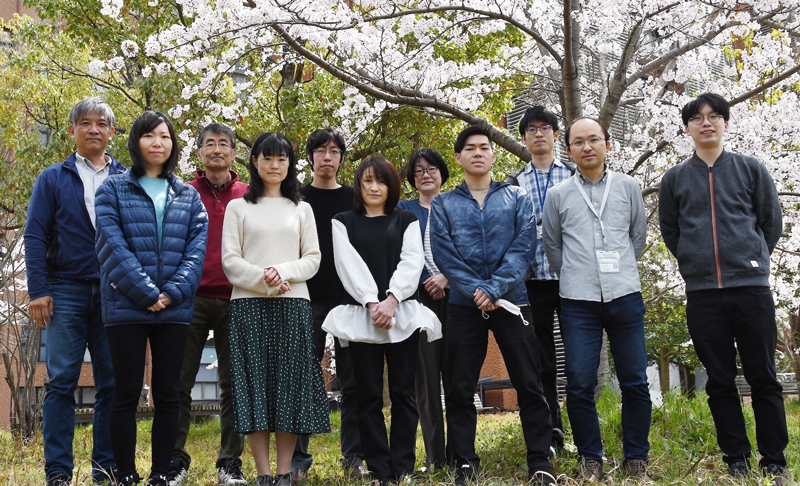 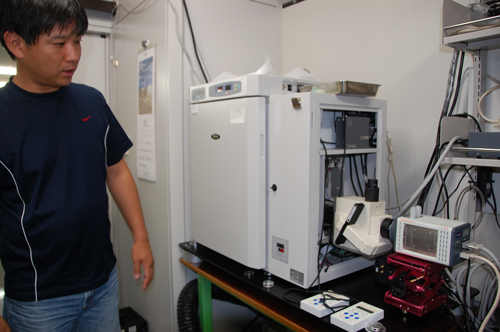 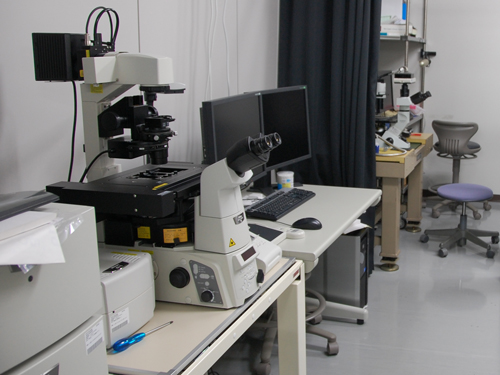