Cells, the basic unit of life, are surrounded by a limiting membrane called the plasma membrane. Inside cells, there are various membrane-bounded organelles, each of which has various and distinctive functions. How these organelles, which individually boast different functions, have been developed during evolution remains unknown. This phenomenon has fascinated many researchers.

In the study published in Nature Communications, the evolutionary relationship between two different organelles in liverwort cells has been revealed: the cell plate, which divides cells during cell division, and the oil body, which is a reservoir for various chemical substances.

The mechanism for exchanging proteins and lipids between organelles is very important for cellular activities and is called "membrane traffic". A research team led by Professor Takashi Ueda and Assistant Professor Takehiko Kanazawa of the National Institute for Basic Biology (NIBB) focused their research on a group of proteins called SYP1, which play pivotal roles in membrane traffic, using the liverwort, Marchantia polymorpha.

By examining how MpSYP12B localizes to the oil body membrane, the team showed that the direction of the secretory pathway, which is generally sent along the plasma membrane and extracellular space, is redirected to the oil body during oil body formation.

Professor Takashi Ueda, the leader of the research group said, “It remains almost unknown how these organelles arose during evolution, although a theoretical framework that states organelle acquisition through expansion and neofunctionalization of machinery components of membrane traffic has been proposed. Our results provide strong empirical support to this hypothesis, namely, the organelle paralogy hypothesis”. 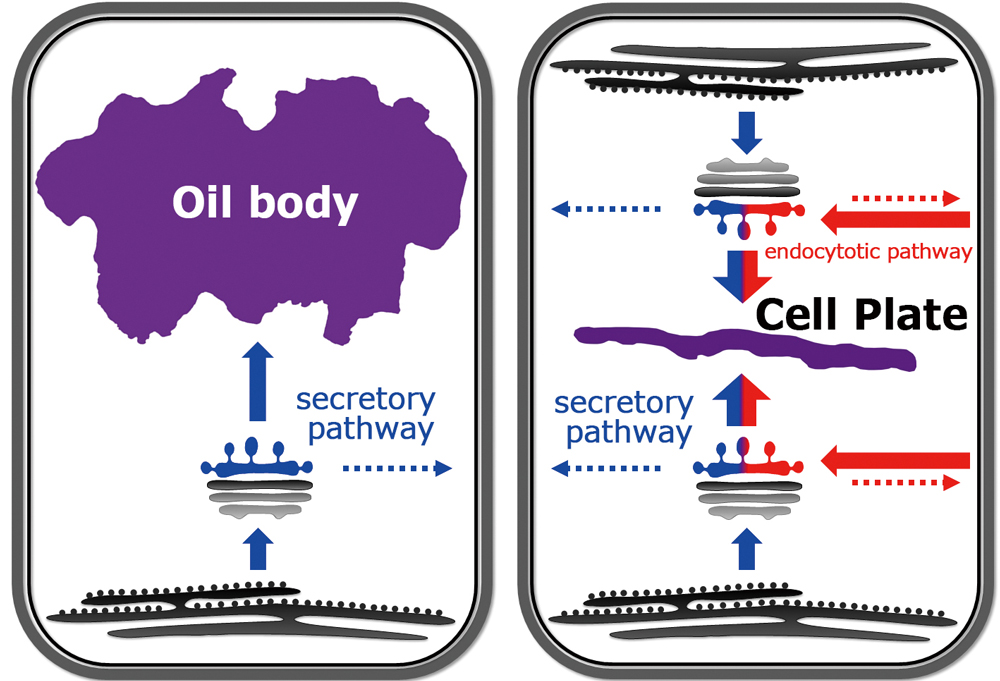 Fig1: A common strategy for organelle acquisition during plant evolution. Both of the liverwort oil body and cell plate are generated by redirection of the secretory pathway (blue). Cell plate formation also involves the reoriented endocytic pathway (red).


Furthermore, the research group also discovered the master regulator for oil body formation, MpERF13. Loss of function of MpERF13 resulted in the complete loss of the oil body, whereas the enhanced MpERF13 function caused over-generation of the oil body throughout the plant. 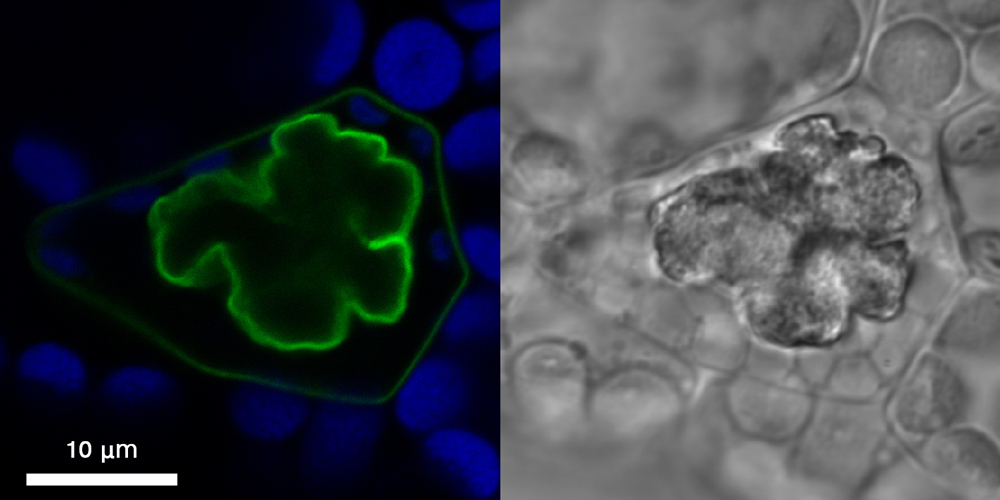 Fig.2: An oil body in a cell of the liverwort, Marchantia polymorpha.


The research group also investigated the biological significance of the oil body, which was previously not well understood. Dr. Takehiko Kanazawa conducted an experiment, in which hungry pill bugs were placed in a petri dish containing liverworts with no or over-generated oil bodies, and compared their herbivory.

Upon looking back on his undergraduate days, Dr. Takehiko Kanazawa, the first author of the article, stated “I had eaten some liverwort when I started my research on this plant. It tasted really horrible. This extreme experience helped me come up with the idea of the pill bug assay in exploring the biological function of the oil body.”

The oil body accumulates various compounds of divergent bioactivities, some of which have been reported to exhibit antibacterial, anticancer, and/or antiviral activities. The mechanism of and the group of genes involved in oil body formation revealed in this study can be applicable to efficient production of such useful compounds.

Movie: Pill bug feeding assay
Hungry pill bugs were placed in a petri dish containing liverworts with no or over-generated oil bodies, and compared their herbivory. The liverworts without the oil body were eaten by pill bugs, but the liverworts with an increased number of oil bodies were not, indicating that the oil bodies have a function for protection against herbivores including arthropods.
###
Nature Communications
"The liverwort oil body is formed by redirection of the secretory pathway" by Takehiko Kanazawa, Hatsune Morinaka, Kazuo Ebine, Takashi L. Shimada, Sakiko Ishida, Naoki Minamino, Katsushi Yamaguchi, Shuji Shigenobu, Takayuki Kohchi, Akihiko Nakano, and Takashi Ueda
DOI: https://doi.org/10.1038/s41467-020-19978-1