Fluctuation in the concentration of calcium ions contributes to brain shape

The first step in shaping the brain is that the neural plate, a sheet-like cell layer, curves to form the neural tube. Assistant Professor Makoto Suzuki of the National Institute for Basic Biology, Professor Naoto Ueno, and their colleagues have shown that during the process of neural tube formation a transient increase in the concentration of calcium ions in cells causes these morphological changes and is essential for neural tube formation. This result was published in the journal Development March 28, 2017 and an image from this research was selected for the cover. 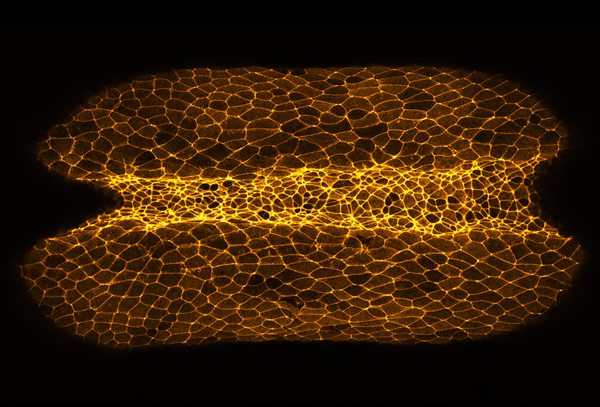 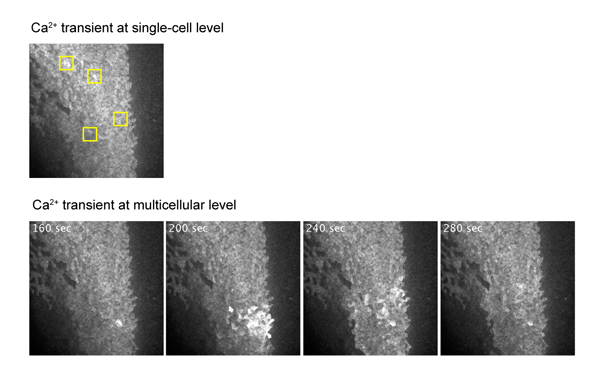 Suzuki said, "According to these results, in the elevated pattern of calcium ions, we found that there is a pattern randomly occurring in single cells, and a pattern that occurs synchronously in many neighboring cells. It was found that the morphological changes necessary for normal neural tube formation occurred by combining these different patterns."

This research was conducted as a joint research project with the National Institute for Basic Biology, Kyoto University, Osaka University, and the University of Alberta.