Leguminous plants are able to grow well in infertile land, and bear many beans that are important to humans. The reason for this is because most legumes have a symbiotic relationship with bacteria, called rhizobia, that can fix nitrogen in the air and then supply the host plant with ammonia as a nutrient.The plants create symbiotic organs called nodules in their roots. However, if too many root nodules are made it will adversely affect the growth of the plants, because the energy cost of maintaining excessive nodules is too large. Therefore legumes must have a mechanism to maintain the proper number of root nodules, but this system has been poorly understood.

Graduate student Takema Sasaki and Professor Masayoshi Kawaguchi of the National Institute for Basic Biology, a member institute of the National Institutes of Natural Sciences, in collaboration with RIKEN, have shown that cytokinins, a kind of plant hormone, play an important role in preserving proper root nodule numbers​​ using the model plant Lotus japonicus. The results of this work were published in the journal 'Nature Communications' titled "Shoot-derived cytokinins systemically regulate root nodulation".

Previous research had shown that the number of nodules is not only controlled by the underground rhizobia-infected roots, but also that the leaves above the ground were deeply involved. Information signaling the current conditions of the root nodules is transported by glycopeptides from the roots to the leaves. On the other hand, while it was known that information was being fed-back to the roots from the leaves in order to control the number of root nodules, it was not known until now what substance carried these signals. The research group showed that cytokinins, produced in the leaves, are transported to the far away roots, and regulate root nodule formation there.

Mr. Sasaki explained "By examining 38 different internal hormones in plants, we were able to discover a new function of cytokinins". Professor Kawaguchi said "I never thought that the long-distance signaling molecules were going to be cytokinins. I think this research not only impacts our understanding of the symbiotic balance of rhizobia and legumes, but also has contributed greatly to the better understanding of plant hormones". 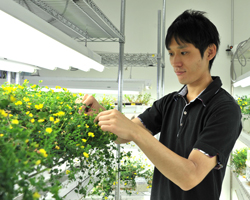 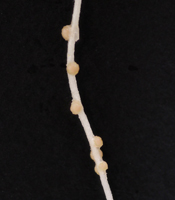 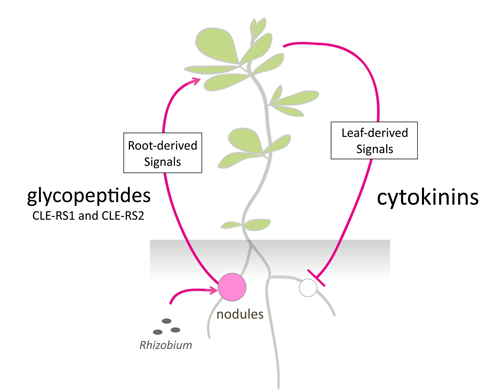 The long-distance communication from the roots to the leaves, and back again from those leaves to the roots, that maintains the proper number of root nodules