Discovery of the gene that determines the sex of germ cells

The cells that make up organisms are broadly classified into two groups: somatic cells that form the body, and germ cells that form sperm and eggs and have the special ability to pass on into the next generation. The National Institute for Basic Biology’s Professor Satoru Kobayashi,  NIBB Research Fellow Kazuya Hashiyama and Assistant Professor Yoshiki Hayashi have discovered that the gene, SxL, determines the fate of germ cells at the initial step of their differentiation into sperm or eggs.

Professor Kobayashi’s team used microarray techniques to study the genes at work in primordial germ cells (PGCs) in fruit flies, and searched for genes whose functions were different between male and female PGCs. The results of this research showed that in the very first stages of the formation of fruit flies’ bodies the SxL gene was expressed in female PGCs yet was not expressed in male PGCs. The SxL gene is switched on in female PGCs resulting in the production of SxL proteins, while the switch is off in male PGCs resulting in an absence of SxL proteins. By suppressing its expression in female PGCs, they were rendered incapable of producing eggs. Conversely, when the expression of this gene was forced on in male PGCs they formed eggs, in opposition to their original nature (feminization). While this research was conducted on fruit flies, it is an important first step in clarifying the system by which the sex of germ cells in all animals is determined. This research was published in the scientific journal ‘Science’ July 7th, 2011. 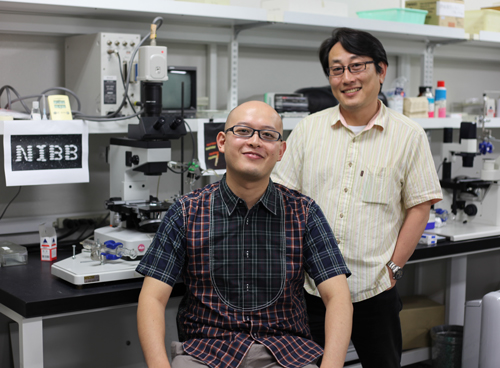