Normally sodium levels in body fluids including the blood are kept in a tight range (1~2%) around 145mM. When mice experience a long period of dehydration the levels of Na in their body fluids rise by ~10%. When given both salt water and pure water under such dehydrated conditions, they drink large amounts of pure water and avoid salt water. In addition, vasopressin (anti-diuretic hormone, ADH) secretion at the posterior pituitary is increased, which suppresses water discharge by urination. This control is believed to be achieved by sensing systems in the brain of the sodium level and osmotic pressure in body fluids. That information is then sent to neural circuits that regulate salt and water intake as well as to the vasopressin producing cells. If this system fails for some reason, an abnormality develops in the sodium level in body fluids.
A disease with a chronic increase in the blood's sodium level is called "essential hypernatremia". It is usually understood that physical lesions or brain tumors make damage the hypothalamus and as a result cause an inability to properly secrete vasopressin. However, there are some cases in which clear brain abnormalities are not found even by MRI imaging. In these patients the cause has heretofore been unknown. The research group of NIBB's Professor Masaharu Noda has discovered that production of auto-antibodies directed against Nax, the brain Na-level sensor, is one cause for these unexplained cases. These results were published in the journal Neuron on May 27th, 2010. 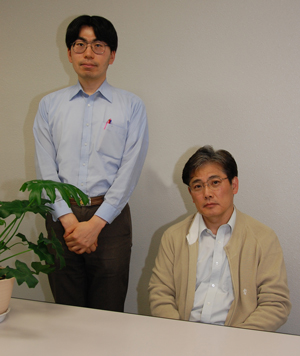