The testicles of human males continually produce over a hundred million sperm a day for over 50 years. What kinds of cells support this essential life function? Until now it was believed this work was carried out by only a very small number of cells that have the ability to self-renew (stem cells). The research group of Professor Shosei Yoshida of NIBB, and Professor Yo-ichi Nabeshima and Researcher Toshinori Nakagawa of Kyoto University, has tackled this challenging question using mice as a model organism. The group has found that even after cells have begun differentiation to develop into sperm cells they temporarily preserve a latent self-renewing ability, and if something happens to damage or destroy the sperm producing stem cells they can replenish them. It is clear then that when the testes are impaired these cells express their latent abilities and quickly restore stem cell number and sperm production. In this way the group has shown many more cell groups than previously believed support the continuous process of spermatogenesis. This is a reshaping of the model of spermatogenesis that has been used for almost forty years. Professor Yoshida has said "This research shows that cell groups that until now were thought to have completely different natures, in other words: 'stem cells' and 'differentiating cells', can actually change back and forth with the requirements of the moment; thereby guaranteeing the continuation of spermatogenesis. It makes me admire the ingenious ways that living creatures preserve their essential ability to reproduce".

The results of this research were published in the journal of the American Association for the Advancement of Science "Science", on April 2nd 2010 (originally published on line on March 18th 2010). 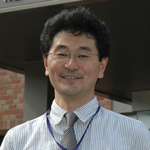