The medaka is a small egg-laying “secondary” fresh water fish found in brooks and rice paddies in Eastern Asia. This species has a long history as an experimental animal, especially in Japan. Our laboratory has conducted studies on the evolution of the sex determination system using medaka and their relatives, adaptive significance of mate-guarding behavior, the molecular genetic basis of diversified sexually dimorphic traits in Oryzias species, and the identification of causal genes for pigment cell mutants. In addition to these activities, our laboratory was charged with the responsibility of leading the National BioResource Project Medaka (NBRP Medaka) from 2007.

I. Evolution of the sex chromosome and sex-determining genes in Oryzias fish 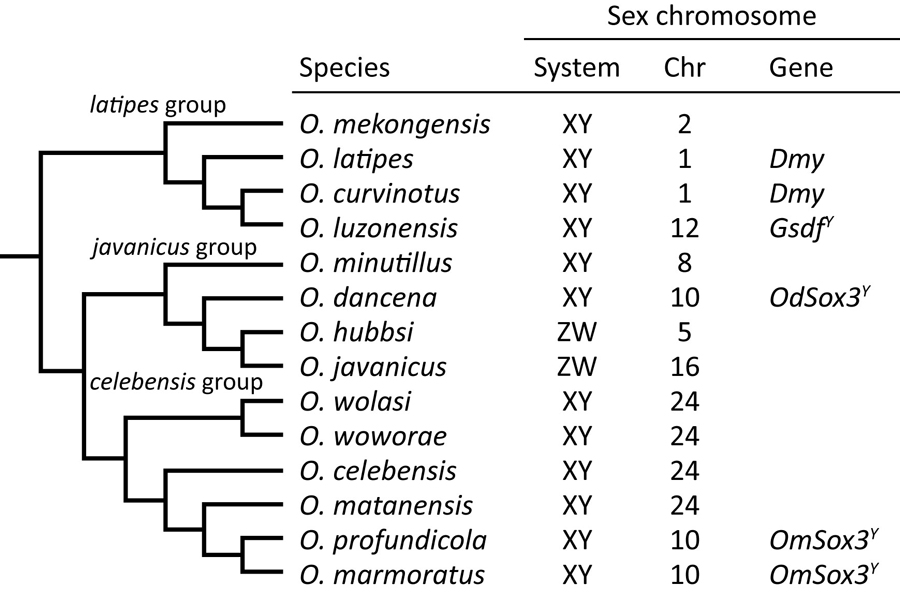 The body coloration of animals is due to pigment cells derived from neural crest cells, which are multipotent and differentiate into diverse cell types. Medaka (O. latipes) possess four distinct types of pigment cells known as melanophores, xanthophores, iridophores, and leucophores. The few melanophore (fm) mutant found amongst medaka is characterized by reduced numbers of melanophores and leucophores. We have identified kit-ligand as the gene whose mutation gives rise to the fm phenotype. This identi- fication was confirmed by generation of kit-ligand knockout medaka and the findings that these fish also manifest reduced numbers of elanophores and leucophores and fail to rescue the fm mutant phenotype. We also found that expression of sox5, pax7a, pax3a, and mitfa genes is down-regulated in both fm and kit-ligand knockout medaka, implicating c-Kit signaling in the regulation of the expression of these genes as well as the encoded transcription factors in pigment cell specification.

Our results may provide insight into the pathogenesis of c-Kit–related pigmentation disorders such as piebaldism in humans, and our kit-ligand knockout medaka may prove useful as a tool for drug screening. 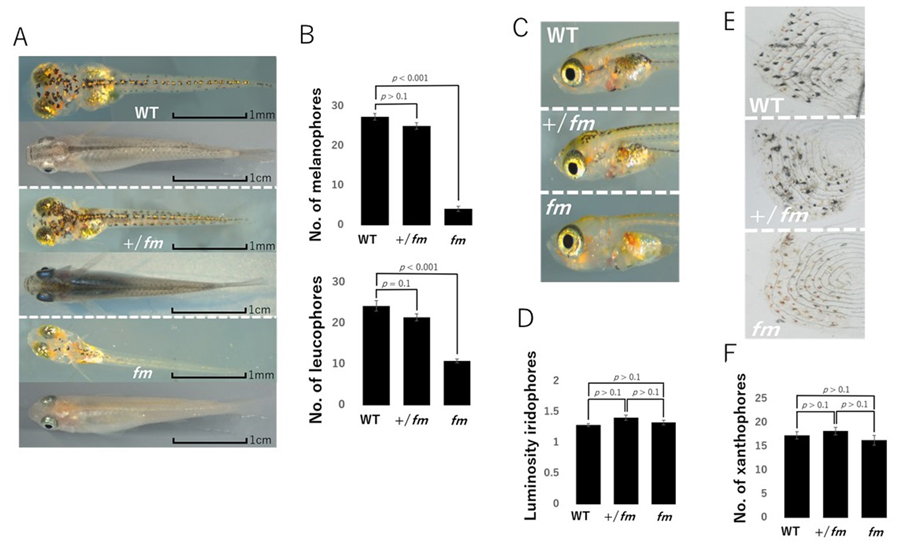 III. Genome sequence of the Javanese medaka, Oryzias javanicus, as a model for studying seawater adaptation

Medaka fish in the genus Oryzias are an emerging model system for studying the molecular basis of vertebrate evolution. This genus contains approximately 35 species and exhibits great morphological, ecological and physiological differences among its species. Among these species, the Javanese medaka, Oryzias javanicus, is the species that has most typically adapted to seawater. We sequenced and assembled the whole genome of O. javanicus, as a model fish species for studying molecular mechanisms of seawater adaptation. In teleost fish, the major osmoregulatory organs are the gills, intestines and kidneys, and these play different roles to maintain body fluid homeostasis. Many genes encoding hormones, receptors, osmolytes, transporters, channels and cellular junction proteins are potentially involved in this osmotic regulation. In addition to the osmoregulation, hatching enzyme activity dramatically changes in different salt conditions. At the hatching stage, fish embryos secrete a specific cocktail of enzymes in order to dissolve the envelope. In the medaka O. latipes, digestion of the envelope occurs after the cooperative action of two kinds of hatching enzymes: (i) the high choriolytic enzyme (HCE) and (ii) the low choriolytic enzyme (LCE) (Yasumasu et al., 2010). The HCE shows higher activity in freshwater than in brackish water (Kawaguchi et al., 2013). Thus, availability of the high-quality reference genome in O. javanicus would facilitate further research for investigating the molecular basis of physiological differences, including the osmotic regulation and the hatching enzyme activity among Oryzias species.

IV. Adrianichthyidae fish in Sulawesi: a model system to explore the molecular genetic basis of diversification in sexual dimorphism

Sexual dimorphism is prevalent, but often differs remark- ably between closely related species. However, we know little about which genes and genetic changes can actually contribute to diversification of sexually dimorphic traits. The family Adrianichthyidae are a small teleost species commonly considered to be medaka. Although their native habitats are widely distributed in East and South-East Asia, 20 of 37 Adrianichthyidae species are endemic to Sulawesi, Indonesia. We have studied the molecular genetic basis of diversification in sexual dimorphism using the endemic species as a model system, because their sexual dimorphic body colorations are significantly diversified in closely-related species. As a research resource for the Sulawesi species, we firstly sequenced and assembled a genome of Oryzias celebensis. The assembly was anchored to 18 different chromosomes by linkage mapping and was annotated using RNA-seq data from adult and embryonic tissues. We then investigated the molecular mechanisms underlying red coloration in pectoral fins, a characteristic feature of O. woworae males. Quantitative trait loci (QTL) mapping in a F2 intercross between a male of O. woworae and a female of a close relative O. celebensis without any red fins revealed that an autosomal locus controls the red pigmentation. Subsequent quantitative gene expression analysis revealed that a gene is a strong candidate responsible for the red fins, which is highly expressed in the red fins of O. woworae males by the cis-regulatory mutation. CRISPR/Cas-mediated mutagenesis in the gene caused a deficiency in the fins’ pigment cells. Additionally, a behavioral analysis showed that the mutant males had lower reproductive success than the wild-type males. These results suggest that ectopic expression of an autosomal gene in the pectoral fins by the cis-regulatory change will cause the red coloration in the pectoral fins, which might spread by increasing the reproductive success in males. 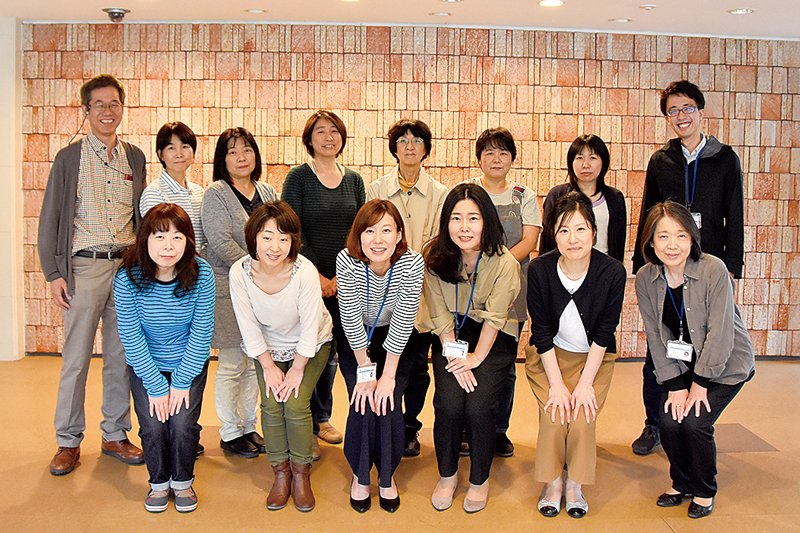